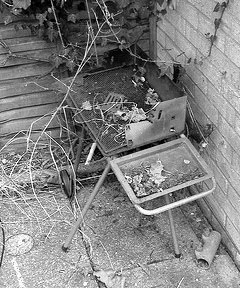 With Father's Day upon us it is important for fathers to remember how we, as an inferior societal subculture to mothers, got where we are. After all, Father's Day did not get off the ground until well after Mother's Day was established in the United States.

Father's Day unofficially began in 1922 by a group of men in Topeka, Kansas, fathers all, who desperately needed a new grill. Such an unlikely scenario, conceived over a jug of hooch, actually worked, and the very grill is still in use today by the grandson of one of the Father's Day founding fathers, though it is in a state of serious disrepair.

The Father's Day concept spread across the mid-West and finally became a loosely adopted holiday across most of the U.S., as men everywhere were clamoring for an excuse to upgrade their barbecues annually.

During the 1950s Father's Day, still not a national holiday, was hijacked by the tie industry, and for more than 40 years the necktie reigned supreme as the go-to Father's Day gifts until, thanks to discount retailers such as Wal-Mart and Fred Meyer, grills began making a comeback in the mid-1990's.

Took me time to read all the comments, but I really enjoyed the article. It proved to be Very helpful to me and I am sure to all the commenters here! It’s always nice when you can not only be informed, but also entertained. wordpress web development company

What I am Reading Now 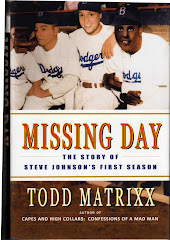 The story of Steve Johnson's first season with the Dodgers

What I am Reading

What I am Listening To

James
Husband and father, purveyor of fine coffees and teas